Kaitiaki Rangers, with Te Wai Mauri Environmental Trust, have been doing the mahi in Ahuriri this week kicking off a kororā research and enhancement project that includes three stages of work: habitat protection; current habitat improvements; and future habitat development. This project is part of the Marine Cultural Health Programme (MCHP) – a kaupapa (initiative), developed in partnership between mana whenua hapū of Ahuriri and Napier Port, to monitor and protect the health of the Ahuriri marine environment as the port builds its new 6 Wharf project.

Kororā are an important taonga (treasured natural resource) species identified in the MCHP and Ahuriri area is home to a significant population, that are mainly found nesting in the coastal limestone rock revetment walls and vegetation located along Hardinge Road and in the inner harbour area. A recent survey conducted by Napier Port’s environmental team identified 150 plus nesting sites in the area.

Due to the built up urban environment along the Ahuriri foreshore – including public parks, walkways, urban development and marine industrial areas, kororā are at risk from predators and habitat disturbance.

The development of the kororā research and enhancement project has required a strong collaborative effort with the MCHP’s Programme Manager – Te Kaha Hawaikirangi, and its Steering Komiti (committee) working closely with the Kaitiaki Rangers, mana whenua hapū, and Napier City Council’s Parks and Reserves team.

Te Kaha Hawaikirangi, also Napier Port’s Pou Tikanga (cultural advisor) and Environmental Advisor, said, “We want the Marine Cultural Health Programme to be a true embodiment of Kaitiakitanga or guardianship, and in that sense we see it as an obligation to care for the environment and maintain it for future generations. The more people and organisations we can have working towards this purpose the better.”

“This particular kororā project is about extending our monitoring and research work outside of the port’s boundaries, and our own on-port penguin sanctuary, and into the wider Ahuriri community. Hopefully this work will help to raise awareness about the importance and uniqueness of our local environment and its wildlife, and reinforce the need to protect it.”

Five areas along the Ahuriri foreshore have been identified in the project plan as sites for the enhancement work.

Kaitiaki Rangers Team Leader Anthony Campbell, said, “Our Rangers are very excited to get started with this important conservation work. We’ll be on the ground most of this week making a start on the future habitat development with about 500 native species ready to be planted, including tauhinu, taupata, and mountain flax.” 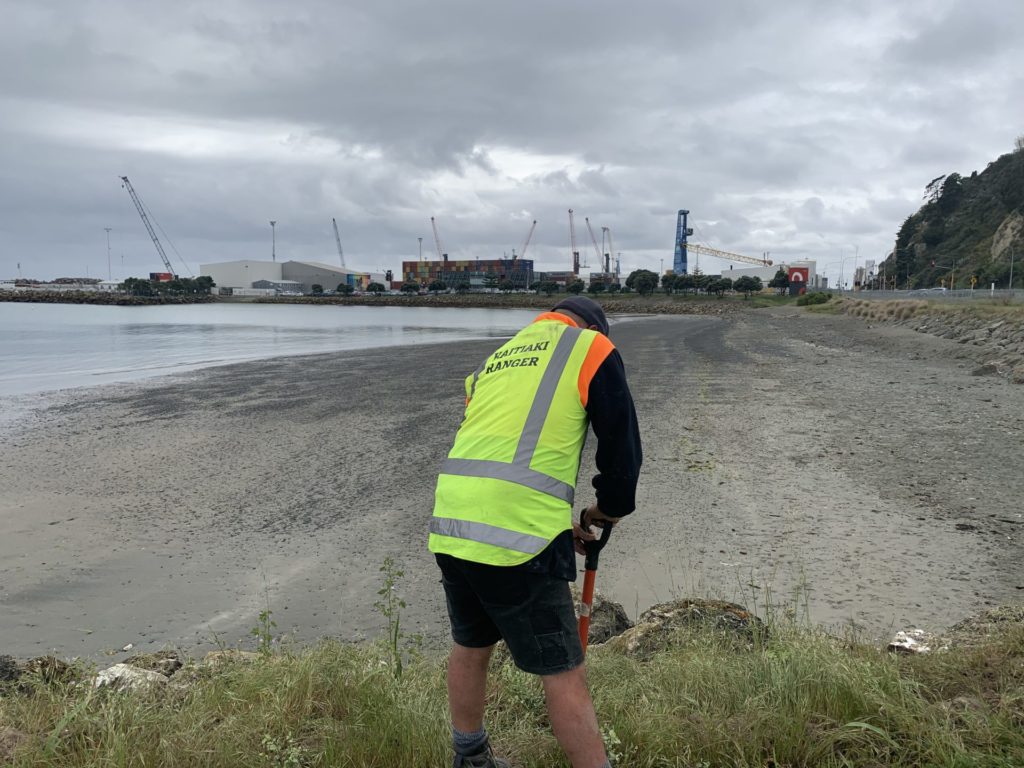 The Kaitiaki Rangers also have a number of traps on hand to be installed along the waterfront to target rodents and stoats, which forms part of the crucial habitat protection work. The traps not only protect the Kororā population from predators, but also have the added benefit of protecting local bird life in the area.

Later this month, the Kaitiaki Rangers will be installing nesting boxes near the inner harbour and concealing exposed kororā nests with strategic rock placements in order to provide better cover and protection for nesting penguin pairs. It is currently nesting season and NCC signage has recently been installed to educate the public about local kororā and reiterate the importance of people and dogs not disturbing the nests.

The Kaitiaki Rangers are employed by Te Wai Mauri Environmental Trust and are supported by the Jobs for Nature programme. Te Wai Mauri is a mana whenua hapū based organisation that supports whānau to undertake their role as a kaitiaki (guardianship of the environment).