As part of the development, Napier Port has developed the first on-port sanctuary of its kind in New Zealand to protect the kororā/little blue penguin, an at-risk and declining species.

A few years ago Napier Port undertook its first penguin survey and found around 70 pairs of kororā nesting in and around the revetment walls at Napier Port. Today we have around 91 pairs.

Despite being an industrial area, the port provides as safe space for penguins as it is free from threats such as dogs, cats and humans.

The sanctuary has been developed with the help of kororā expert of 30 years’ Professor John Cockrem from Massey University.

It is being used to protect penguins that are nesting in the wall where our new wharf is being built and forms part of a wider Avian Management Plan we have prepared with mana whenua as kaitiaki of the area, the Department of Conservation and the Hawke’s Bay Regional Council.

Longer-term we believe the sanctuary – a protected breeding, monitoring and research centre, which will be used by Professor Cockrem – will help to boost the local population and contribute to the international body of knowledge on the species.

The nesting boxes used are shown to have greater breeding success rates than natural burrows. They also allow research to take place into things like feeding patterns and survival rates which can help conservation work.

Keeping Up With the Kororā

Watch the live penguin cameras from inside a couple of our nesting boxes.

Here is some useful information about the breeding cycle of kororā – little blue penguins.

Our kororā sanctuary had a strong 2021/22 breeding season in 2021 with 13 chicks successfully fledging by the new year, occupying up to eight nesting boxes at one time.

We microchipped our 200th milestone resident penguin and successfully tagged 10 kororā, with their tracking data adding to the growing body of kororā research in New Zealand. If you’d like to know more about where the kororā travelled in 2021, you can check out each penguin’s journey here. 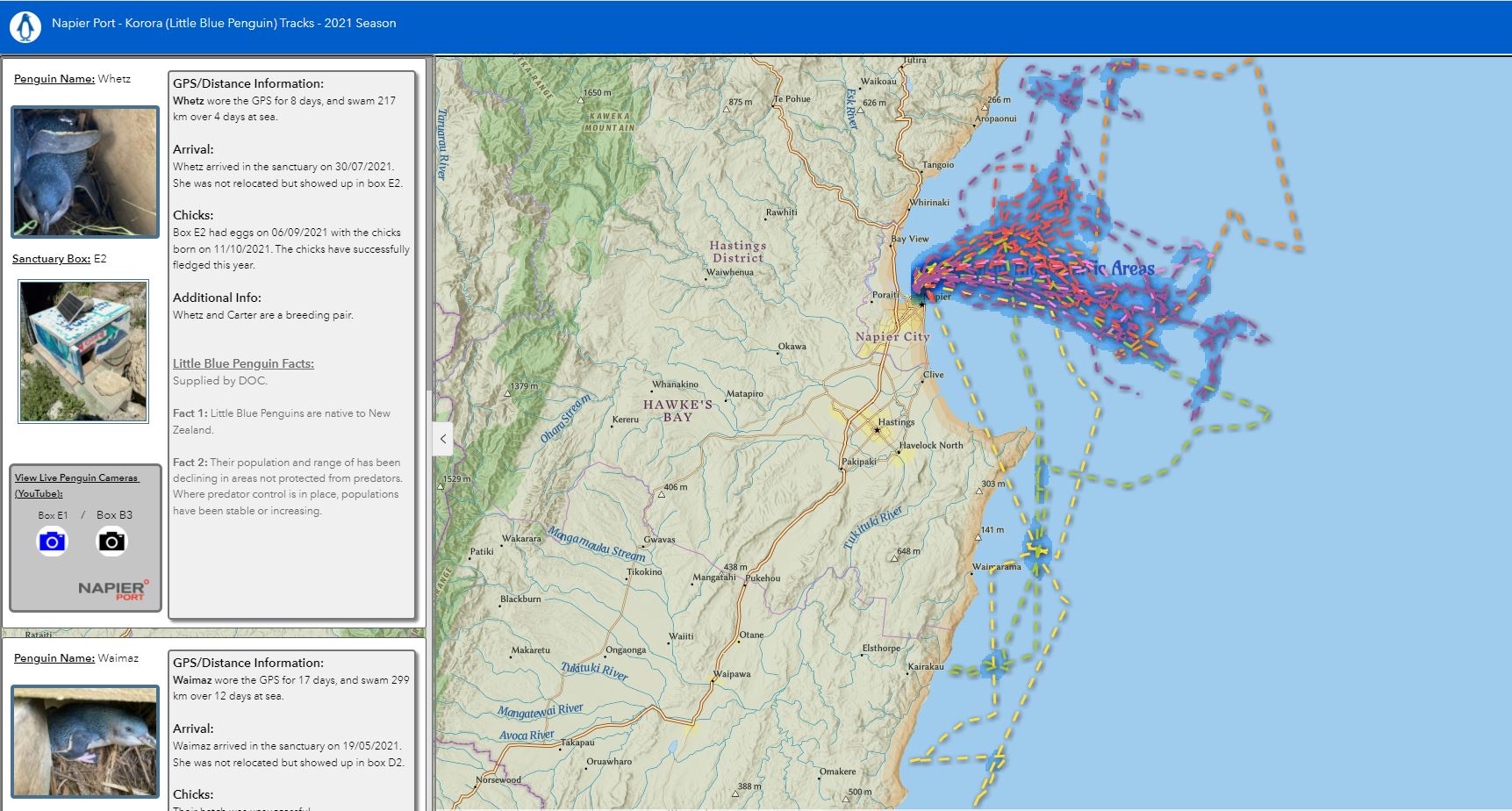 It’s fairly quiet at the kororā sanctuary at the end of summer, as the chicks have all headed out to sea. There are some adult kororā moulting – the birds lose all their feathers and can’t go back to sea to feed until their new feather coats have grown in. Before the moult, the penguins bulk up so they can survive the moulting period without feeding – the first adult kororā who returned to the sanctuary to moult this season weighed a whopping 1.52kg!

Check out some more recorded footage from our Kororā sanctuary.

Take a look inside

Check out these images of kororā on-port and our sanctuary.